Matt Yglesias, whom I don’t always find myself agreeing with, argued yesterday that we shouldn’t listen to the advice not to “normalize” Donald Trump. He’s right.

Normalization, in this context, is typically cast as a form of complicity with Trump in which the highest possible premium is placed on maintaining a rigid state of alert and warning people that he is not just another politician whom you may or may not agree with on the issues.

Hillary Clinton ran her campaign on this. Her team rooted for Trump as nominee, because they were certain his outréness would make him easy to beat (a strategy endorsed by Jonathan Chait in one of the low points of his career, which is saying something). When they got their wish, they ran against Trump by separating him from “normal” Republicans, hoping to peel off moderate suburbanites grossed out by his odiousness. Those suburbanites voted for Trump.

Under cover of his Twitter provocations, Trump is skillfully assembling a horrifying cabinet of right-wing ghouls. He’s already appointed lots of skilled, well-connected people with dreadful agendas, starting with his vice president. They carry with them their party’s thinking on surveillance, torture, deportation, foreign policy, and making the lives of the poor more miserable (with many in the middle likely to suffer as collateral damage). With Congress under Republican control, it’s hard to see any obstacle to much of it being realized, and quickly.

Trump is forming a government that looks a lot like the one that Ted Cruz or a half-dozen other GOP candidates would have. It also looks to be the most plutocratic ever. As a Washington Post analysis pointed out, Commerce appointee Wilbur Ross’s net worth of $2.5 billion is ten times the combined value of George W. Bush’s first cabinet, deemed the cabinet of millionaires at the time. During what was probably an interview for the job of Agriculture Secretary, former Georgia Governor Sonny Purdue mentioned that he traded commodities. According to Purdue, Trump “lit up” at the news. He’s named the top lobbyist for Quicken Loans the head of his HUD transition team. It’s the direct injection of the business consciousness into governance without the slightest pretense of civilized mediation.

For a taste of the horrors on offer, take Medicaid. Trump has appointed Seema Verma, a consultant with close ties to VP Mike Pence, to head the Centers for Medicare and Medicaid Services. She helped Governor Pence get approval for the Indiana version 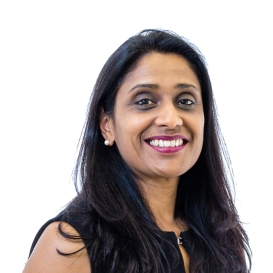 of the Obamacare Medicaid expansion. Recipients can’t get full services unless they pay a premium. Failure to pay can result in getting kicked off the program for six months. Excessive use of the ER is subject to fines. As New York Times reporter Margot Sanger-Katz put it, using the paper’s house euphemizing style: “Ms. Verma’s appointment will probably usher in a new era of state flexibility in health care.” The word “flexibility” is almost always attached to policies that will hurt people.

Verma’s ideas for Medicaid, which she worked out with Pence, look quite similar to the House Republicans’ scheme to overhaul the program. They would convert the current federal Medicaid program into block grants to the states, and cut the amount spent over time. Over the next ten years, the Center for Budget and Policy Priorities estimates, Medicaid spending would be cut by 33% relative to what it would be were current law left untouched. One of the plan’s architects, House Budget Chair Tom Price, has been nominated for Health and Human Services by Trump. Unlike Medicare, which has a lot of friends in middle and even upper income brackets, Medicaid is an easy target because it’s for poor people, and Vermacaid could glide through Congress and into law.

This is far more important than Trump’s antics about flag burning. But being repeatedly shocked by them appears to be the standard reaction of liberal elites confronted by a Trump-style challenge. These “populist” figures are often bombastically clownish, deeply ignorant, and easily mocked. That treatment, however, further endears them to their base; the demagogue’s image as a man of the people, scorned (like them) by elites, is reinforced. It seems liberals always take the bait.

One can sympathize with them to some degree: given the configuration of forces in two, and probably soon three, branches of government, there’s no imaginable way to resist the Trump agenda. But you also have to wonder how vigorous their resistance will be through their favored organ, the Democratic party. In an excellent piece working out the parallels between Trump and Italy’s Silvio Berlusconi—another clownish, vulgar, pseudo-populist billionaire—Cinzia Arruzza notes the complicity of the center–left in promoting his agenda:

Mainstream Italian anti-Berlusconism has always suffered from a grave form of selective amnesia. The effects of six years of harsh austerity policies and virtually no significant social opposition have never been taken into consideration as a decisive causal factor in the consolidation of Berlusconi’s power. Nor has mainstream anti-Berlusconism ever shown any willingness to admit the substantial continuity between Berlusconi’s second government’s austerity policies and those of the center-left.

Berlusconi had three terms in office, May 1994–January 1995, June 2001–May 2006, and May 2008–November 2011. His time in office was one of frequent sexual and financial scandal. (A Wikipedia article on Berlusconi’s legal travails lists 22 completed trials, three ongoing proceedings, and two live investigations.) Despite the volatility of his time in office, however, he ended as one of the longest-serving prime ministers in Italian history.

The first term was brief because of a massive mobilization against his proposed pension reforms (i.e., cuts). A general strike in October 1994 brought three million into the streets of 90 cities; a month later, a million turned out in Rome. Berlusconi fell in a matter of months. He was succeeded by a series of technocratic and center–left regimes, which imposed even more severe pension cuts, austerity, and attacks on job security. (Over the next five years, fiscal policy was tightened by a savage 7% of GDP.) The unions and center–left went along with it all in the name of preventing a return of Berlusconi. Unemployment hovered between 10% and 11% for six years. Discontent brought Berlusconi back in the seventh.

Mainstream anti-Berlusconism has indeed always preferred to deal in perceptions and impressions, rather than actual facts.

In the anti-Berlusconian imaginary, Berlusconi’s rule lasted twenty long years rather than nine, Berlusconi was a fascist, Italian democracy was in danger, the radical left helped consolidate Berlusconi’s power because of its sectarianism and unwillingness to cooperate with the center-left, Berlusconi’s voters were all racist and misogynistic uneducated losers, the country was constitutively right wing and that was the reason why even moderate Keynesian policies were impossible and why the Left needed to ally with all kinds of neoliberal technocrats, in the name of preventing Berlusconi’s return to power at all costs.

Does this sound familiar?

Very familiar. And it was, to use a favorite Trump word, a disaster.

Berlusconi was toppled the first time by popular action, something that unsettles mainstream liberals, who are terrified of the mob. Of course, a government can fall in a parliamentary system and not ours. But popular action is all we’ve got. It won’t be long before Chuck Schumer and Steve Mnuchin sit down and make some deals. Faced with profound defeat at every level of government, all the Dems seem able to do is re-elect Nancy Pelosi and dream of Cory Booker as their 2020 savior. Booker, who made his political debut at a lunch thrown by the right-wing Manhattan Institute, served on the same school reform board as Education Secretary-designate Betsy Devos, who wouldn’t mind destroying the public school system. These are dire times, and it’s hard to imagine resistance that doesn’t feature millions in the streets.