Union density—the share of employed workers belonging to unions—rose in 2020 for the first time since 2007 and 2008. Before that, you have to go back to 1979 to find another uptick. Those four years are the only increases in density since the modern BLS series begins in 1964.

Sadly, though, the rise wasn’t the result of any organizing victories. Union membership declined by 2.2% last year—but the pandemic drove down employment even more, 6.7%. As a result, density rose from 10.3% to 10.8%, bringing it back to where it was in 2016.

The increase was driven mainly by the public sector. In 2020, 6.3% of private-sector workers were union members, up 0.1 for the year (though still below 2018’s 6.4%). In the public sector, 34.8% of workers were union members, up 1.2 from 2019, and the highest since 2015. Here’s a graph of the full history. Private sector union density peaked in 1953 and has been declining with little interruption since. It’s now about where it was in 1900 (though those pre-BLS stats should be taken with a grain of salt). 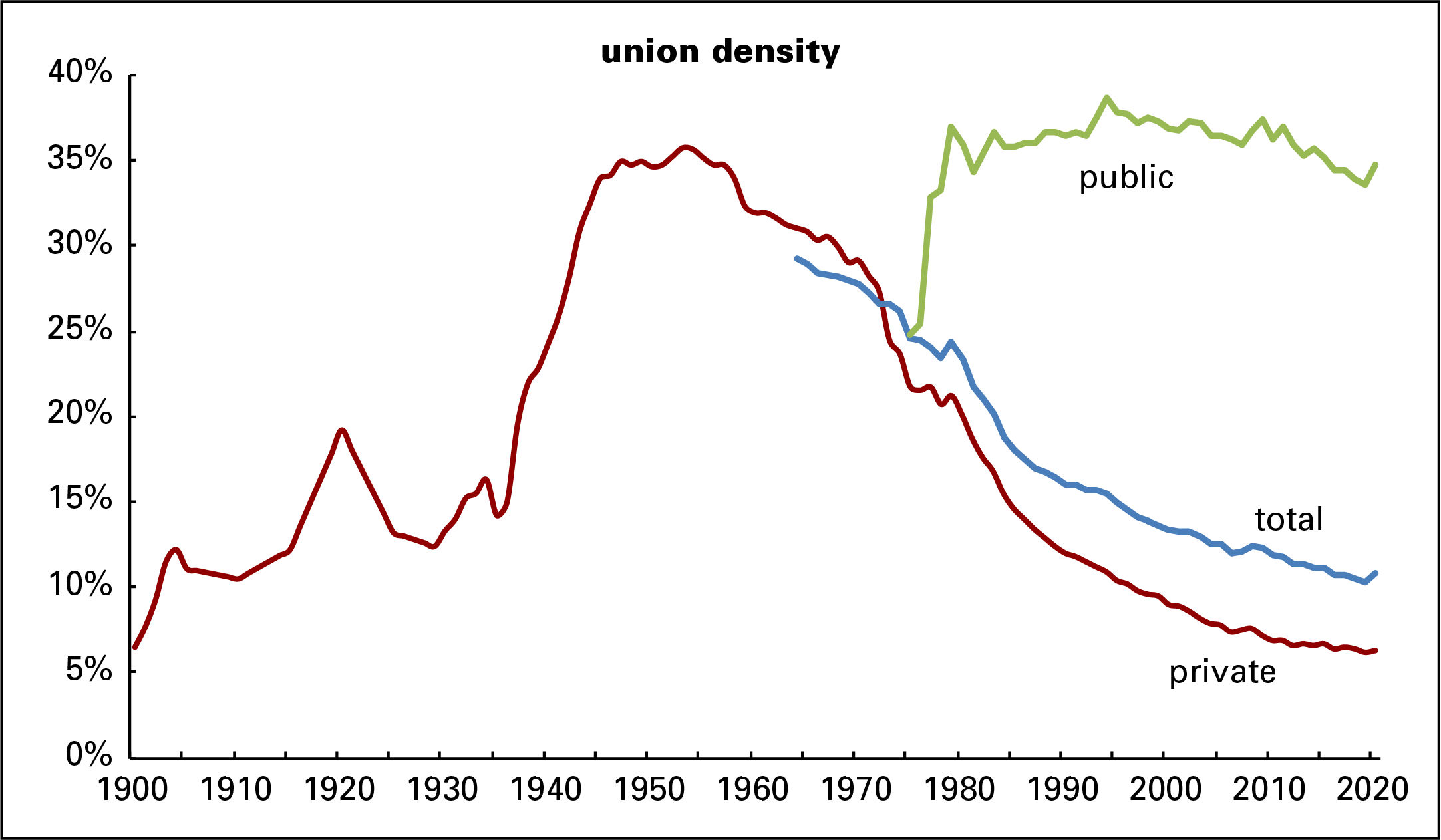 Here’s a graph showing the change in total and union employment from 2019 to 2020. Note that while employment was down overall and in the private and public sectors, employment for union members fell less in the private sector and actually rose in the public. There’s an important message here: besides increasing wages, which you can read about in last year’s installment, having a union increases job security.

Finally, here’s a map of union density by state. There’s a notable geographic pattern, with unions most present in the Northeast, upper Midwest, and Pacific coast, and weakest in the South and interior West. 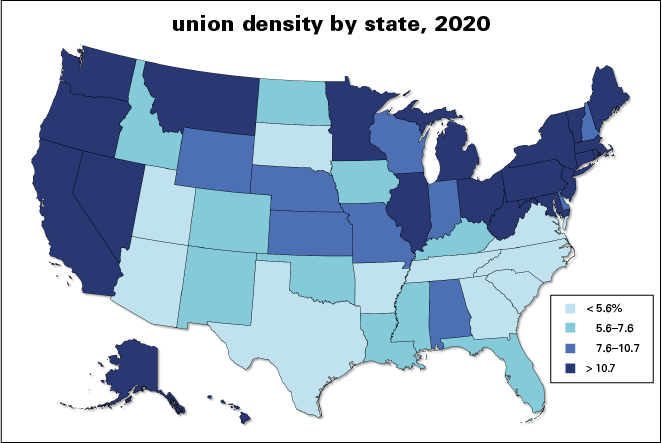 As with many things, 2020’s union density figures look to be an artifact of the pandemic. As I said last year:

There are a lot of things wrong with American unions. Most organize poorly, if at all. Politically they function mainly as ATMs and free labor pools for the Democratic party without getting much in return. But there’s no way to end the 40-year war on the US working class without getting union membership up….

And “up” doesn’t mean through COVID-19 quirks.